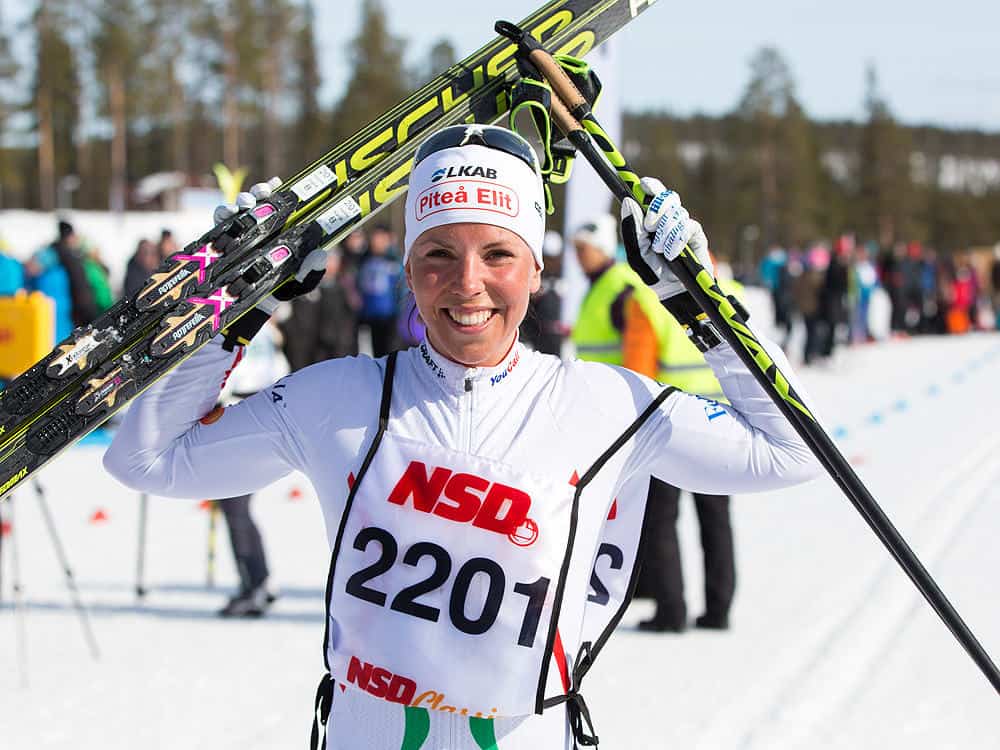 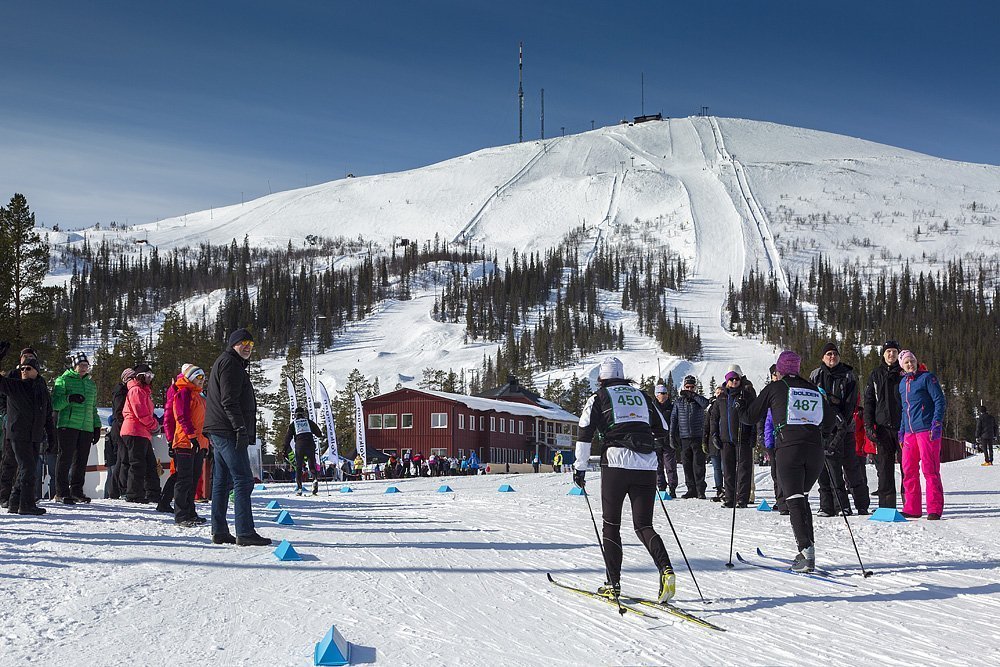 Dundret Rundt is among Sweden´s oldest xc-marathons. You can take part in your own pace, and start and finish is at the Hellner stadium – named after the man that also have given his name to the hill at the Holmenkollen ski stadium where he was World Champion in 2011.

The registration for the Dundret Rundt in Gällivare 6th.-7th. of april 2019 is open. Dundret is two hours by train from norwegian city Narvik and you can choose to take part either without timing, in the competitive race with timing, or in a dedicated skate race. You can also choose between distances of 30 and 50 kilometers and there is also a dedicated children´s race sunday the 7th. of april.

6th.-7th. of april more than 2000 skiing enthusiasts on the starting line at the Hellner stadium, named after the swedish newly retired skiing favourite Marcus Hellner, to complete 30 or 50 km around the mountain Dundret. Dundret is a mountain of 821 meters above sea level, situated in Gällivare ad swedish Lappland. The mountain is part of a natural reserve and the name Dundret is from finnish tunturi (mountain) and the sami tuoddar (low mountain) (Source: Wikipedia).

CHOOSE your own pace

The track of the race goes through both old forests and over endless fields, and if you attach your eyes on the right spot, you can see both the national park Sarek and Sweden´s highest mountain Kebnekaise.

Stefan Nieminen in SportEvent Gällivare Lapland thinks that maybe the best they can offer is to race in your own pace and in calm and tranquility – and with plenty of time to stop to get refill at the food and drink stations.

Read also about the Sicten Jernberg Memorial race in Sweden in january.

If you otherwise wants a tougher competition NSD is the right option, Nieminen explains; -The Dundret Rundt´s competitive race over 50 km´s usuallt attracts stars like Charlotte Kalla, Marcus Hellner and Johan Olsson, and it is also a seeding race for the Vasaloppet, he declares.

The xc-marathon is this year held for the 55th. time and is the springs great skiing happening in Gällivare, according to Nieminen: -The mix between happy hobbyist exercisers and the foremost world elite have developed Dundret Rundt to a great people´s fest with a great audience both along the tracks and at the start and finish by the foot of the Dundret, Nieminen says.

Easy to get there and get home

Gällivare have good transportation connections with both train and plane, og and that is probably some of the explanation of why the race attracts participants from the whole of Sweden. Lately, also travellers from far away have got their eyes on the Dundret Rundt. -Last year´s longest travelling participant came all the way from Costa Rica, Nieminen explains enthusiastic.

More information about the different races in Dundret Rundt and options for accomodation and registration. 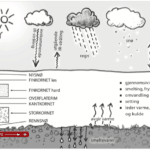