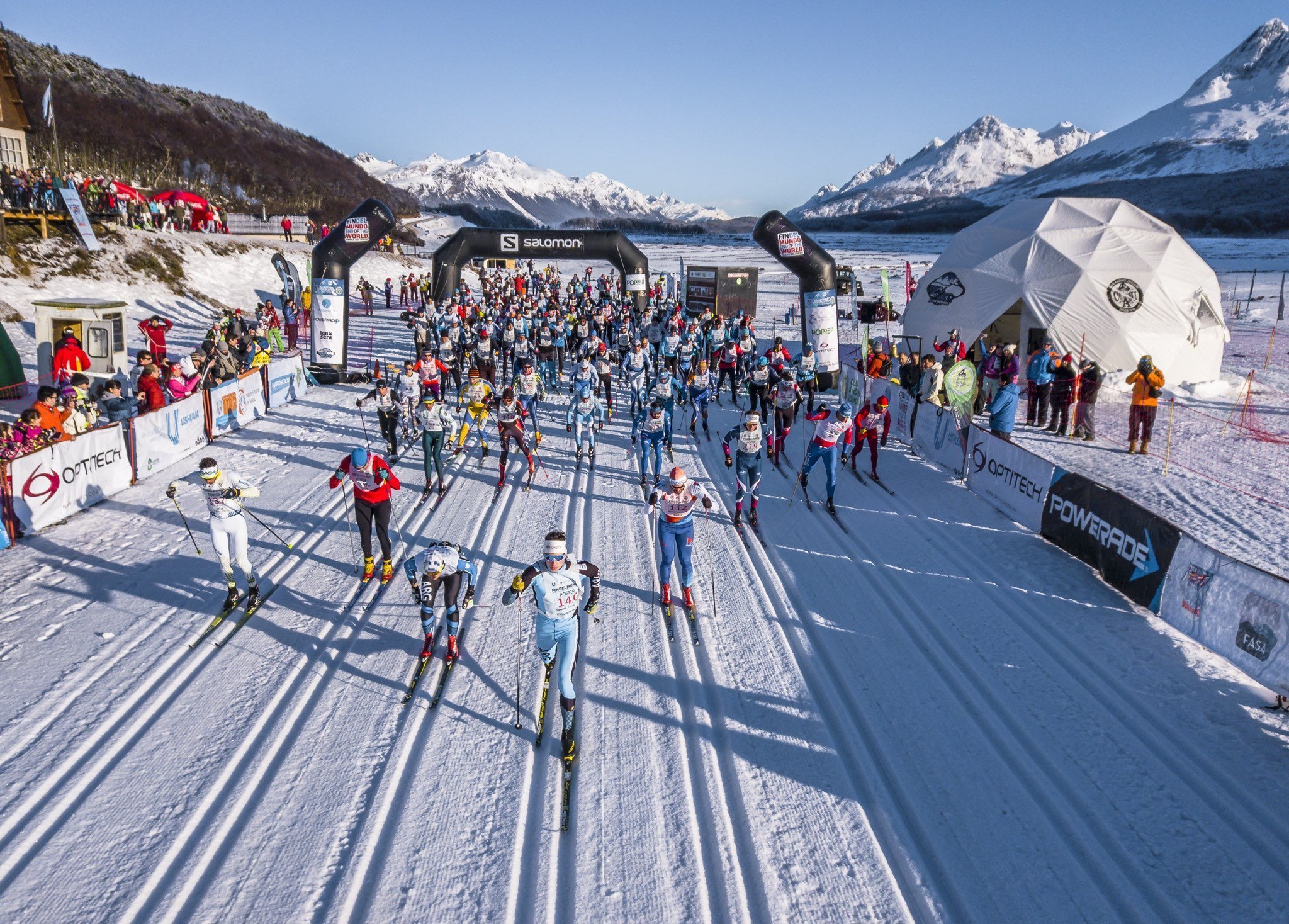 Ushuaialoppet is a sub-antarctic cross country skiing race near the Andes mountains in the Valley of Tierra Mayor in Argentina. The city Ushuaia has an international airport and the food is said to be fantastic. 18th of August the Worldloppet calendar for 2019/-20 is kicked off with Ushuaialoppet!

XC-marathon.com spoke to the race organizer, Pablo Valcheff about the upcoming race:

Pablo, could you give us some information about Ushuaialoppet? How long did it exist, who started it, the conditions (climatic zone, etc.) for skiing in Argentina?

Ushuaia Loppet is a sister competition of the Marchablanca. La Marchablanca was born in 1981 when a group of Club Andino Ushuaia  members and cross-country ski fans decide to cross the Andes Mountains in tribute to General José de San Martín, Ushuaia is the only city in Argentina that is located on the other side of the Andes. In those years there was no development and cross-country skiing was a little known activity in Argentina.

The creator of Ushuaia Loppet has been Professor Pablo Valcheff and the owner of the event is Club Andino Ushuaia, a non-profit organization that was founded in 1956.

Ushuaia Loppet is in its 9th year and was born in 2011 because Marchablanca had become a more social event than a sporting event. The community and skiers of Ushuaia needed a long distance competition.

Ushuaialoppet is also part of the new Visma Challengers concept

The climate is sub-Antarctic, with maritime influence, we can have temperature differences of +/- 5 ° between the city of Ushuaia and the Valley of Tierra Mayor where the races are done.

Ushuaia is the blink for cross-country skiing in South America, there is no other destination that can match it. Just 20 km from Valle de Tierra Mayor, the city of Ushuaia has an international airport that receives between 8 and 10 direct flights from the city of Buenos Aires, the hotels are very varied with more than 6000 beds and the gastronomy is excellent.

…every day we establish ourselves as the race of the End of the World. Those who arrive in Tierra del Fuego live a unique experience, in a unique place. We are waiting for you!

How many participants normally participate and where are they from?

Since we joined to be guest members of Worldloppet, each season allows us to receive skiers from 13 to 15 countries, and the origin of each is very varied, most are from countries with great tradition in cross-country skiing in Europe and North America.

How easy / difficult is it to get to Ushuaia and the race from other regions?

Ushuaia, is the capital of the Province of Tierra del Fuego, we live on an island and air connectivity is very important. Buenos Aires is only 3 hours 20 minutes away.

Could you describe the track, distance, slope and nature and environment?

The track of Ushuaia Loppet has 25 km in the Valle de Tierra Mayor, just 230 meters above sea level. Worldloppet skiers must take two laps to complete the 50 km.

What are the typical conditions with regards to waxing for the race? Temperature, precipitation and humidity?

There is no winter like another, the influence of the sea can affect rainfall. There is always snow, we also have winters with little snow and luckily like this season with almost one meter that will allow us to extend the season until October.

We see that elite skiers use violet, blue and pink klister waxes, in September the chola comes in handy.

Are there normally any retired or active elite skiers participating?

Normally amateur skiers from the northern hemisphere arrive, we have talked with many while we visit other races and they tell us that they love the summer of Europe. We work to make Tierra del Fuego a destination of choice to meet through cross-country skiing.

Few elite skiers from the northern hemisphere arrive in Tierra del Fuego, in the 2017 and 2018 editions the race could not give physical points due to lack of skiers with active code. This season there are the national teams of Argentina, Chile, Brazil and several skiers with FIS code.

Probably many see xc skiing in Argentina as a really exotic activity. What kind of people locally take part in the Ushuaialoppet? Any adventurous Argentinian or a special kind?

Ushuaia is a multicultural city, with job opportunities. For many years people came to Tierra del Fuego in search of work. All came with their customs and culture. No one knew the snow and its possibilities. People are still coming to work in the electronics industry, tourism.

There are also those who have taken root because they have been in the region for more than 30 years and have formed a family with children.

From the Andean Club Ushuaia since 1956 we work in teaching programs in snow, ice and mountain sports. It seems that we have just started, but we have been for many years and there is a generation of Fuegian skiers that since 1988 participates in World Cups and Olympic Games.

Our challenge is to motivate the population to go to cross-country skiing, we always say that it is a cheap sports and that it is very important for children to know, learn and practice.

Do you have any special arrangements for the Worldloppet Passport holders, or the participants in general before or after the race?

Yes, we have generated agreements with tourism agencies so that they can access discounts on excursions and accommodations for those who come to participate, we receive a welcome reception in which the Fuegian friends of cross-country skiing also participate.

Do you yourself want to add something, any particular sides of the Ushuaialoppet people should know, any memories from the race of your own, or other things?

We know that we are far away, that we are an exotic destination for cross-country skiing, everything is more difficult, but we try. We are on the right track and every day we establish ourselves as the race of the End of the World. Those who arrive in Tierra del Fuego live a unique experience, in a unique place. We are waiting for you!!!! 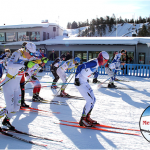 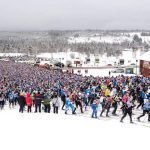