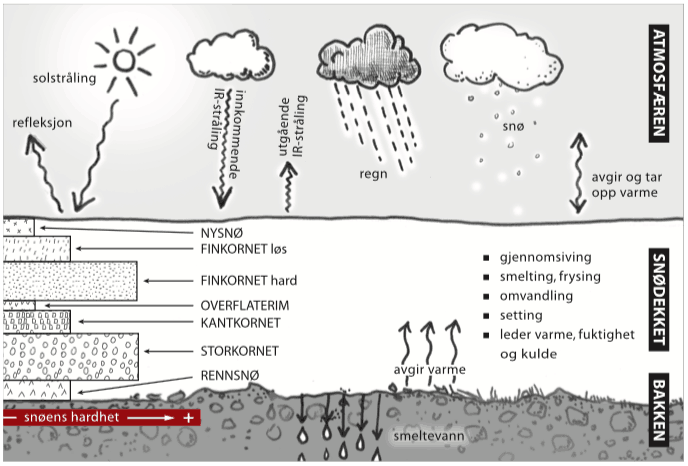 What do you really know about snow, more than it is white, you can go skiing on it and sometimes it is especially easy to make a snowman of it? What should you know and what do you want to know? This article will surely give you some extra pegs with insight and thus better prerequisites to make good choices when it comes to preparing and waxing skis.

Snow is is frozen water vapor and thus ice crystals. These ice crystals are formed in the atmosphere as a result of the water vapor which is pushed upwards by rising air The temperature is in most cases between -12 and -40 degrees Celsius. The ice crystals clump together on the way down to the ground and gather for snowflakes.

As the snow over time grows older on the ground, the edges of the snow grains disappear and the snow shrinks. It means that the ´water value´ increases; it becomes relatively more water and less snow.

The shape of the snowflakes depends on the temperature and humidity of the layers of air where the snow is shaped. The snowflakes continues to stay like snow all the way down when it is cold enough. Otherwise, the snow falls like rain. The snow usually falls at a rate of 0.5-10 meters per second.

The characteristics of the snow determine which types of wax that should be used. And the properties of the snow are divided into consistency and temperature, and in addition humidity is also important. The consistency can be described as, on the one hand, fine-grained fresh snow – to, on the other hand, coarse-grained older snow, which has gone through temperature or mechanical (snow drift, melting, etc.) changes. It is the air temperature that determines the temperature of the snow, but the snow can never be above 0 degrees. In warmer conditions the snow melts and gets an increasing proportion of water. Fresh snow and cold snow have better penetration capability (for example or more specifically into the ski wax) than old and warm snow, respectively.

Fresh snow can be divided into:

The snow flakes can be completely frozen or partly undercooled, that is, they consist partly of cold water and not just ice. The snow then attaches more easily to objects it comes into contact with (this is the 0-degree snow that is so difficult to lubricate and which zeroski is made for). Snow can also fall like hail or grain snow. This is also ice, but not in the snowflake´s crystal form. Hail is formed by extra water-rich clouds in strong upward air currents. Grain snow is smaller particles from fog clouds.

Artificial snow is made of small particles of water that have a size of slightly less than 0.5 mm and are considered more durable than ordinary snow.

Both hail, grain snow and artificial snow are more rounded and thus have less penetration ability in the ski wax.

The snow´s transformation / change over time

The snow on the ground goes through a transformation process after it has landed. One usually measures the nature of the snow in water value. The water value tells how much water there is in a certain amount of snow (ice crystals). Newly fallen snow can typically have a water value of 0.1 – i.e 10 cm of snow when melting yields 1 cm of water. As the snow grows on the ground, the edges of the snow grains disappear and the snow shrinks. It means that the water value increases; it is relatively more water and less snow.

The snow surface is also exposed to both sun and wind. The wind causes dry, loose snowflakes to drift and turn into small snow particles that can accumulate and become snow dunes. The sun provides an accelerated transformation to a hard surface; snow crust.

Snow crust can be divided into:

In addition to snow crust one often talk about the categories of drifting snow, grain snow and hoarfrost.

Drifting snow, is as the name suggests, the snow that has moved on and was collected by the wind. During the transfer, the snow is rounded and tightly packed, and freezes to a thin layer when they settle down.

Grain snow is an old rounded snow. Depending on the size, we can have fine-grained, medium or coarse-grained snow

The hoarfrost can be called crystals that come from moisture in the air that has condensed on the snow – and which provides extra good skiing on a solid surface because it penetrates well into the ski wax.

Old snow also reflects less heat from the sun than fresh snow, and this also increases the warming and water content of the snow.

The snow on the ground melts (snow conversion or snow metamorphosis) for several reasons – when it has reached 0 degrees Celsius. The main reason is the transfer of heat from the air, while other causes are the transfer of condensation (evaporation) heat into humid air, loss of heat from evaporation in dry air, (absorption of) direct radiation from the sun and the difference between radiation into the snow from the surroundings and radiation from the snow cover itself out to the surroundings. Heat transfer between air and snow cover increases with increasing wind. The most important point here is that the snow is transformed over time on the ground to different consistency, but always from the original snowflake shape, wich has the best penetration ability.

One can also look at the process as one of three possible forms of transformation; destructive or degrading, constructive or melt conversion (see fig.)

The degrading transformation occurs when the snow hits the ground. The characteristic snowflakes of the new fresh snow shrinks, disappears and becomes rounder and grainy.

Then, most often, the process called sintering occurs, that is to say, when snow bridges are formed between the snow flakes; they bind to each other and the snow stabilizes. In this process, the temperature is crucial; around 0 degrees this happens faster than when it is colder, therefore the snow remains looser, or in a powder state longer when it is cold. The build-up process happens because the snow further down the layers is still warm and evaporates. This steam freezes again in the snow layer further up where it is still cold. This could be called running- or sliding snow, because the layer and construction are unstable and often “run” or slide apart by only slightly impact.

Melt transformation occurs when the upper snow layer is heated to 0 degrees. The water that has melted flows downwards and freezes further down At night, this water can freeze again. Then, if the snow melts again, the snow eventually becomes what we often call “rotten”, and difficult to ski on.

In dry air, the snow does not melt as fast as in the humid air. But in humid air, when the air is “saturated” by steam, the steam is transported down towards the snow and water is deposited on the snow surface. If it is hot in the air, this water will accelerate melting, if it is cold, the water will only be deposited as hoarfrost and no melting will occur. Also in such cases, the wind will increase the melting rate.

The sun and the spring

In the middle of winter, the sun is low in the sky and the radiation will produce less melting effect than when the sun rises towards the spring. This is because the sun’s radiation then has an angle more directly on the snow, which gives greater effect. Clouds also have a lot to say. Clouds work the same way as a quilt or blanket and reflect the warmth of the atmosphere back toward the ground and snow. The melting increases. Clouds, warm temperatures, wind and humid air will thus make a very large contribution to snow melting.

Towards the spring, as mentioned above, the radiation effect from the sun increases. In addition, relatively less heat is reflected due to the pollution in the snow (dust, particles, etc.) from the surroundings (white snow reflects more heat than contaminated gray or black snow). This also increases the melting. New, fresh snow thus also melts faster when it is warmer, because the snow it lands on is already heated. 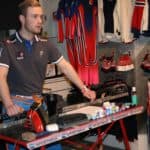 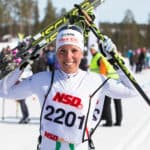