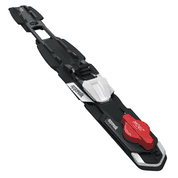 For this season norwegian Rottefella is launching the new binding system Move. With Move you will be able to adjust for better gliding or grip without taking off the skis.

Managing Director Torsten Myklebostad compares in a press release the Move concept with the gear on the bike because during exercise one should be able to adjust for glide and grip as conditions change.

The system has specifically been given the name Switch, and it is supposed to fit all skis, both wax- and skin skis, and they are also compatible with those binding discs NIS 1.0, NIS 2.0, RMP ((Salomon and Atomic) and IFP.

The Rottefella Move Switch works by using a switch at the front of the binding (see picture) that can turn clockwise or counterclockwise, depending on whether you want better glide or grip.

Move Switch was ´pre launched´ last year and sold in 2000 copies. National team skier Hans Christer Holund has been testing the binding: -I tested the MOVE last season and thought the system is ingenious. On a long trip I now start with the binding further behind, and as the wax wears off I move the binding forward, says Holund. 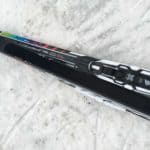 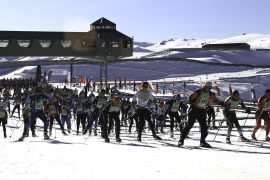