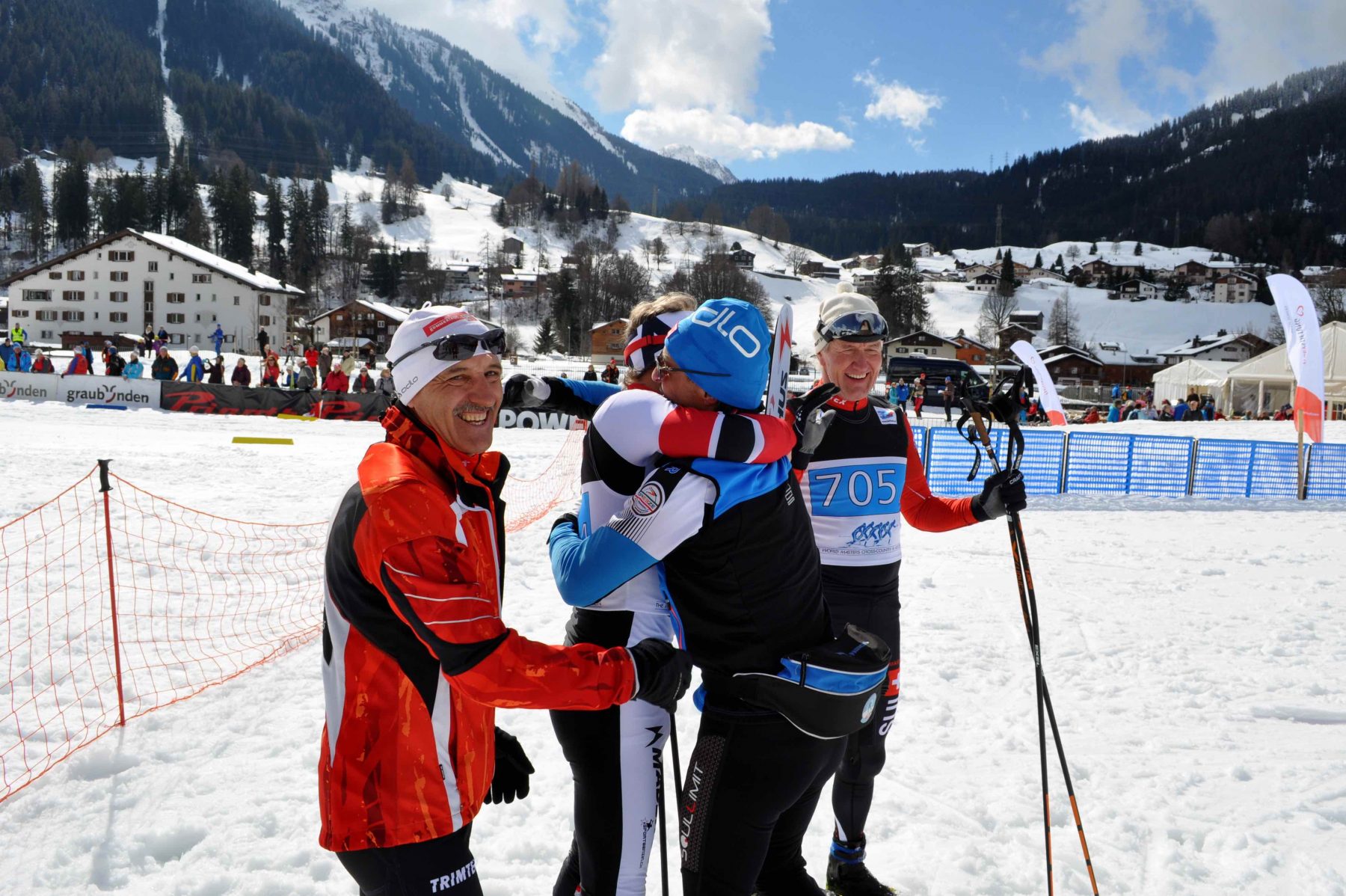 Did you know that you can compete in world skiing championships and be competitive throughout your whole life? And that your skills and experience are always considered good enough to qualify for participation? And finally, if you are (un-)lucky enough you can find yourself sprint towards the finish line against a world-known and decorated athlete you only met on the TV-screen before (and – if you hurry you can still manage to register for this year´s event in Beitostølen, Norway)!

The World Masters Cross Country Ski Association (WMA), in cooperation with FIS, is every year holding a world cup in cross country skiing open to everyone. However you have to above 30 years to compete – and you can expect that the social and travel aspects also will be rewarded from your endeavours.

XC-marathon.com spoke to WMA´s current President John Downing about this world cup, and first we asked him to introduce himself to the readers:

majority of my life. I grew up in the mountains of California, USA and cross-country skiing always had a greater sense of freedom for me than alpine skiing so that’s how things got started.

I’ve been a competitor since just a few months after picking up the sport and have raced from youth/junior skiing up to a few elite World Cup events in 1989. Even with all my work demands in the sport I still try and hop in a couple races each season to stay in touch with how if feels to push a bit more than casual skiing.

I’ve been a coach, instructor, administrator, and event organizer at nearly every possible level working with skiers from youth to Olympians. Everything I do professionally – and for the past quarter century – is focused on cross-country skiing and/or other endurance sports.

XC-marathon.com: It would be interesting to get to learn what the basic idea behind the concept of World Masters Cross Country Ski Association is; The history, the motivation for establishing the concept and who it primarily is for?

John Downing:-In our homepage the readers can find out more about our history. I would add that from my perspective as both the USA National Director (since 2004) and current WMA President (since 2015), the biggest

motivation for the concept of WMA is to put into action the phrase ”sport for life” that is so often attached to our sport. It is truly wonderful to see every year at the Masters World Cup the diversity of athletes that comprise the masters world. Unlike youth/junior competition where the participants that tend to come from a pretty standard demographic and the hyper elite in the World Cup – masters literally come from all walks of life, all types of athletic backgrounds, and our age range from the 30s to an occasional skier in the 90s is simply without peer in all of winter sports.

XCM.COM:…that´s interesting, but is this only for former competitors on an international level (hence `Masters´), or is it open and suitable for everyone?

J. Downing: -Absolutely not. Every year in the USA contingent that I lead to the MWC we have skiers that range from those that are fairly new to cross-country ski racing at any level up to people that have international backgrounds as you describe – and many more in between. Our rosters are duplicated by other nations. The beauty of the Masters World Cup is that your relative experience or background really doesn’t matter. Once our wave starts begin to ”mix” over the course of a race day, it’s a very peaceful parade of different ages and abilities all seeking their own personal goals within an well-orchestrated event design.

XCM.COM: How has the organization developed since the start with regards to venues, number of participants, extent of global reach and so on?

J. Downing: -WMA is similar to the elite World Cup in that the competitions are heavily based around European venues with North America hosting years roughly 2 out of every 10 years. That has been more or less the pattern since founding of the WMA.

We have been able to broaden the venue reach into Eastern Europe in the past 15 years with Russia hosting both the 2005 and 2015 events.

We’ve talked in the past about how wonderful it would be to expand the reach of the MWC into Asia, but that has been a very elusive goal. It’s certainly a long-term wish though.

I would very much like to see new nations play host to the MWC in the future – the key is finding a balance of race site, lodging, and then a certain level of attractiveness as a tourism destination.

One of the biggest challenges of the MWC compared to other annual cross-country ski championships in other ages is that every participant is making a personal financial decision to attend. This is a vacation for adults so it isn’t enough just to pick places with ski trails and snow. Masters want more than just a ski venue to be enticed to commit their money and time to join the fun.

In terms of numbers of skiers, the MWC routinely clocks in around 1000 participants as an average every decade. We will be above or below that mark in many years, but when you boil things down 1000 seems to be the magic mark.

I would add that I am very aware that it is absolutely going to be a challenge trying to maintain our numbers in an era of escalating climate change, socio-economic uncertainties, and political issues. But this is a challenge for our entire sport — masters is no different than any other aspect of skiing.

Cooperation with FIS to meet agreed upon rules and norms

XCM.COM: In your foundation meeting you decided you want to cooperate with FIS. What does this mean practically, especially for the participants?

J. Downing: -For many participants the cooperation with FIS simply means that the MWC is being run as much as possible within internationally agreed-upon rules and norms. Organizationally it is often beneficial for WMA to align how we conduct our events in line with international norms whenever possible. Further for some nations it is important to have FIS affiliation so that athletes can travel to the MWC without problems.

J. Downing: -Quite frankly, both Norway and Sweden are two nations where we should see more growth in coming years. There are certainly plenty of skiers and there just isn’t any valid reason why we can’t see more skiers from both nations. Hopefully the MWC 2019 in Beitostolen will help kindle interest in these nations.

With participation throughout the WMA the numbers are always driven in large measure by the energy and time available from our National Directors. In most nations the ND is a volunteer (and often a masters participant themselves), so in those cases is really depends on whether the ND has a masters association or a collection of clubs that can help them promote the annual MWC events and generate excitement.

In the USA we have been fortunate to have a strong masters association – American XC Skiers – for the past 21 years and just one person doing the work (myself). So our organizational model is a little more consistent than some nations and that leads to having generally pretty good turnouts at the MWC events.

But we have many nations with dedicated ND’s that volunteer their time year after year and those people are the real heroes of the WMA in my eyes.

XCM.COM: One can imagine that unity, or a sense of belonging is an important aspect if this concept?

J. Downing: -For sure some skiers embrace the idea of racing for their nation and they like the feeling of being part of a team. This is particularly the case with our relay events.

But with a lot of skiers I see the draw of the MWC being how much fun they have socially while still being able to race and ski a bunch in these wonderful places.

Many people do return year after year or at least they will participate the majority of years. But we also depend on a steady number of newcomers which often take part because of where the event is hosted.

For example, in Minneapolis USA last season I had almost 100 USA skiers that had never even joined our masters association before that took part in the MWC2018. So the process of welcoming those skiers included giving them a ton of information on every aspect of the event so they felt comfortable and informed – then afterwards immediately getting them a bunch of information on upcoming events like MWC2019 in Beitostolen. This system produced several USA skiers as part of our 200+ that will come to Norway in March that have never raced in Europe before in their lives.

XCM.COM: What kind of physical shape should someone be in before trying to compete in the Masters World Cups? Do you have any qualification requirements?

J. Downing: -Skiers just need to be in the shape to finish the distances they sign up for. Since we have a variety of distances that is easier than many marathon events. Our courses are designed for average skiers and also the eldest skiers that will be on a given course – so that also makes our events very user-friendly for average skiers.

No qualification is required, but we do ask skiers to join a national masters association.

XCM.COM: If taking part in one of the competitions, could one expect to meet any of the former cross country world cup stars?

J. Downing: -Often this happens, but it varies by host nation. Sometimes organizers will invite a semi-retired or retired World Cup skier to hop in a race or two. Other times a notable skier will make an appearance to promote the event or add excitement to our ceremonies. It’s always subject to schedules and how convenient the venue is to where the celebrity skier lives. I wlll say that I always am amused how impressed the former stars are at the fitness and vitality of current masters.

XCM.COM: Do you have any accumulated ranking over several years? Can a participant in this way say he or she is the best of the World Masters the last five years for instance?

J. Downing: -We don’t keep a formal record aside from WMA points for race start seeding. But some nations keep internal results of their national skiers in this way.

Still time to register this year?

XCM.COM: When is the registration for this year´s cups in Beito closing?

J. Downing: -The end of January is one deadline, but we will still be able to sign up skiers via ND’s for another week.

If you want to learn more about how the races are organized, all the important details, and more you can read this article that President J. Downing already wrote for curious and possible participants! 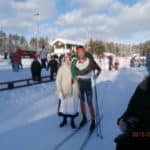 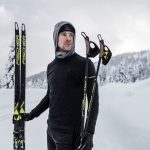