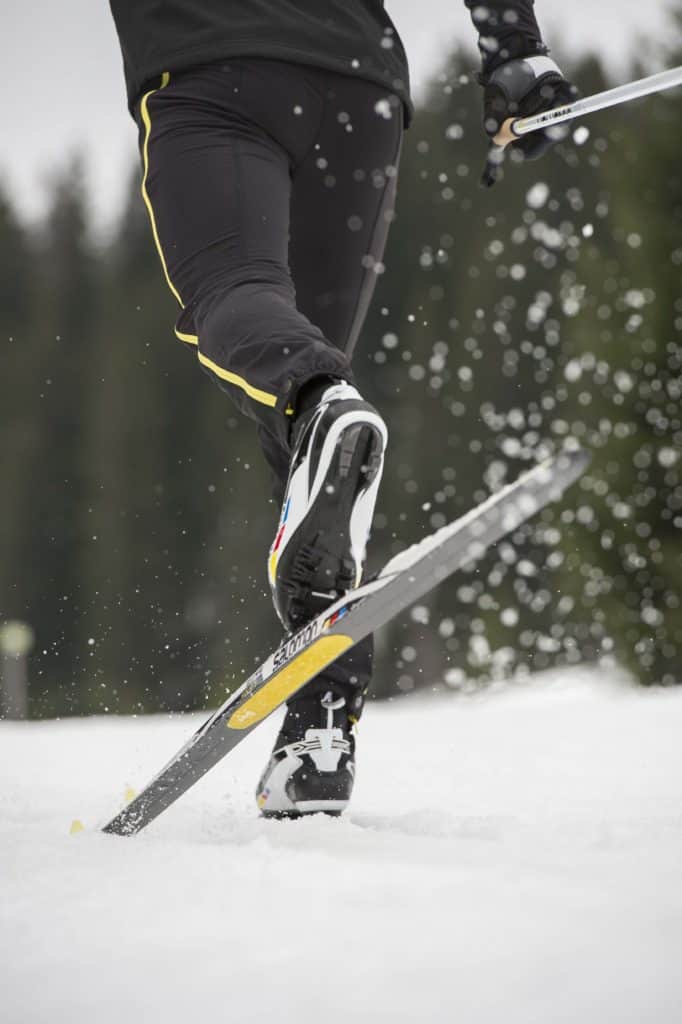 New technologies for better skiing and cross country experiences are introduced all the time. Some are better than others, some engage individuals but flies under the radar of most people.

Both Salomon and Atomic has released new types waxless skis which at a first impression looks like challengers to the zero technology. In the video below McBike explains the features and benefits of the Salomon Skin technology. In addition xc-marathon.com talked to Commercial Manager Bård Bakke in Amer Sports Norway, who markets Salomon (and Atomic). Further down in the article also Atomic Skintec is taken a look at.

The skis and technology appears as similar to » Zero skis «. Is it true or do they have a broader area of usage? If yes, are there any conditions they are NOT suitable for ?
They have a wider area of usage compared to Zero skis. The advantage is that the skin sitting on the kick zone of the ski applies to all snow and temperature conditions. Even on ice, or close to ice?
The skin Technology has its clear advantage in that it fits all conditions, even ice. Tests shows that it is especially true when there is high humidity and transformed / coarse snow and / or hard track.

What is the grip technology made of , and to what extent is it equal or unequal to Zero skis or other Waxless options? Is any form of preparation / maintenance, eg . to avoid icing, icing up needed ?
The skin consists of hair from a goat; mohair, and stand out in the way that they should not be rubbed/sanded/grinded, as you have to do with a Zero ski. You can use zero spray to avoid eventual icing.

Considering the characteristics of ice / harsh conditions, can we perhaps say that zero technology and skin technology can exist fine side by side in today’s market ?
Yes, you can say that Zero skis are indisputably the best at zero degrees (celcius) and precipitation , and preferably in competition. Besides that, the technologies have characteristics that complement each other well.

What is the gliding performance of the skis like, considering the application of the skin technology on the ski?
The performance is good, but it is important that the right pair of skis is picked so that the skin doesn´t touch/create friction against the snow.

Are these skies recommended primarily for racing/competition, or touring/exercise?
For some competitors the RC Skin or Aero 9 Skin will be perfectly good choices for competition, but it depends on ambitions and snow conditions. I myself have participated in races with RC Skin . For exercise they absolutely superb . You don´t have to think about waxing and grip.

How´s the sale been so far, are the skis available in all norwegian stores?The sale numbers have been very good the first year and we´ve been sold out for a while now. The Salomon Aero 9 Skin has been given a world wide launch only in Norway this year. The other Salomon and Atomic products are available world wide already..

PS, read more about other introductions of new technology and xc-skiing features from Madshus here.

– Atomic was the pioneers in skin technology, four years ago. Also their skis secure both grip and good gliding performance. They arecalso primarily directed towards training and touring. The main difference between Atomic and Salomons technologies is that they have a different core , which gives a slight difference in carrying capacity (the stiffness of the ski) and thus potential friction ( grip zone touches/interferes with the snow / track; ed. Note) and the application technology ( attaching the skin component ; ed. ‘s Note). Atomic mounts its component with magnets , thus getting a marginally heavier ski. -And as the removing of the Salomon skin is done with an iron (to warm up , ed. ‘s Note) , Atomic use a key on their skis. Atomic also has a broad and a narrow skin giving respectively extra emphasis on grip or gliding performance. 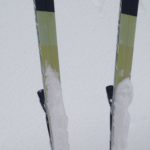 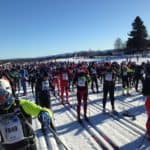 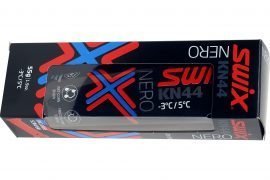 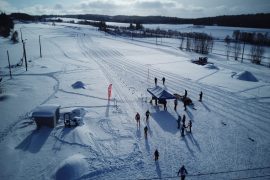 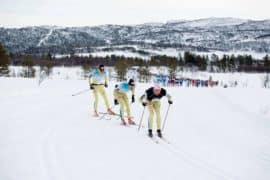 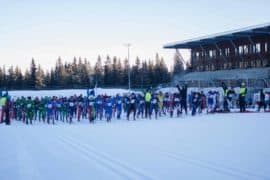 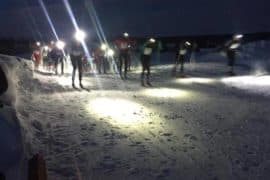